Stay informed about new sailboats in stock, accessories, upcoming events, and more with our email newsletter!

Our brick and mortar Store in Cincinnati, Ohio is open 9am to 5pm eastern time, Monday-Saturday. strsail@strictlysailinc.com 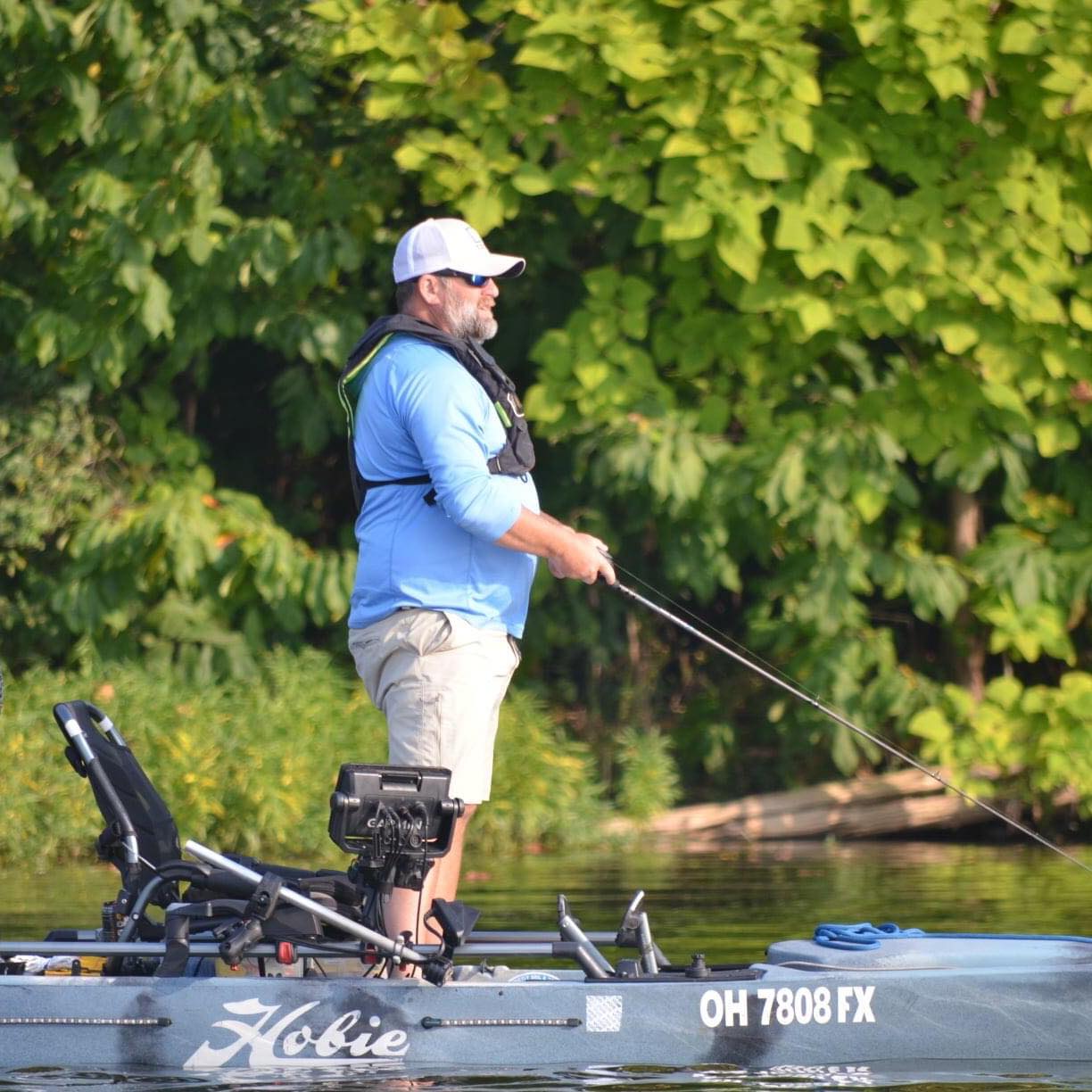 Michael Grimsley is an avid kayak angler based near Cincinnati, Ohio. "Grimz or Grimsley" grew up casting for walleye with his father and brother from their boat on lake Erie almost every weekend of his childhood. Fishing around the docks of the marina he started to hone his skills with multiple species, but soon started targeting large mouth bass. After moving to the Cincinnati area he was frustrated at the limited lakes with sufficient shore fishing access. He soon bought some inexpensive sit-in kayaks from a hardware store for himself and his two teenage sons. Soon realizing the opportunities that kayaks offered for all types of water, he bought his first fishing kayak from a national retailer. It didn't take long to realize that he was limited on time sitting comfortably in the seat and limited stability. He began researching fishing kayaks. This began his obsession with kayak fishing. Ultimately ending up in Hobie Pro Angler 14 360 from Strictly Sail & Kayak, he now travels across the country exploring new water and fishing local, regional and national kayak fishing tournaments. His true passion is fishing the great lakes and other scenic, natural lakes. Since starting fishing local tournaments, he has placed first and third respectively in the 2020 and 2021 Cincinnati Kayak Fishing angler of the year race.

A short sentence describing what someone will receive by subscribing

Our Team is here to help with your Hobie Catamaran needs.

Easy Gifts for your Favorite Sailor or Kayak Angler